When working from urbiGIS`s Desktop, we usually work with a single desktop, but it is useful to have the possibility to visually compare a scenario with different maps. To do this, you can use the Divide Desktop function, which is accessed from the Base Map options menu

on the Desktop or from the Divide Desktop tool: 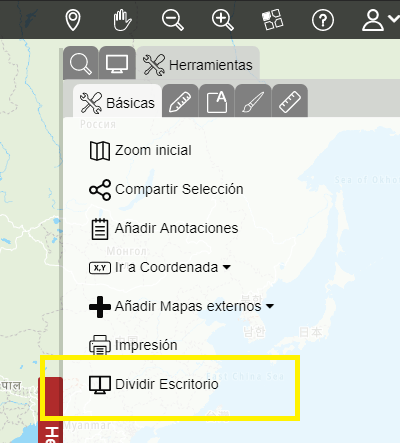 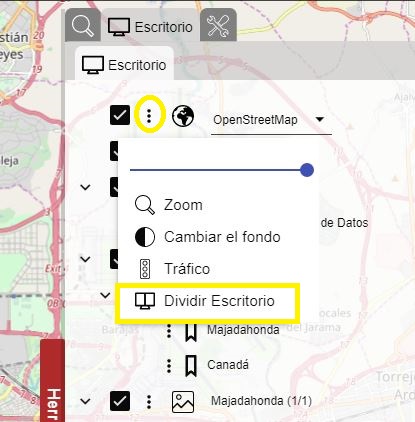 When executing this option, urbiGIS´s  Desktop will “split”, giving the user the possibility of establishing different Maps on each side. 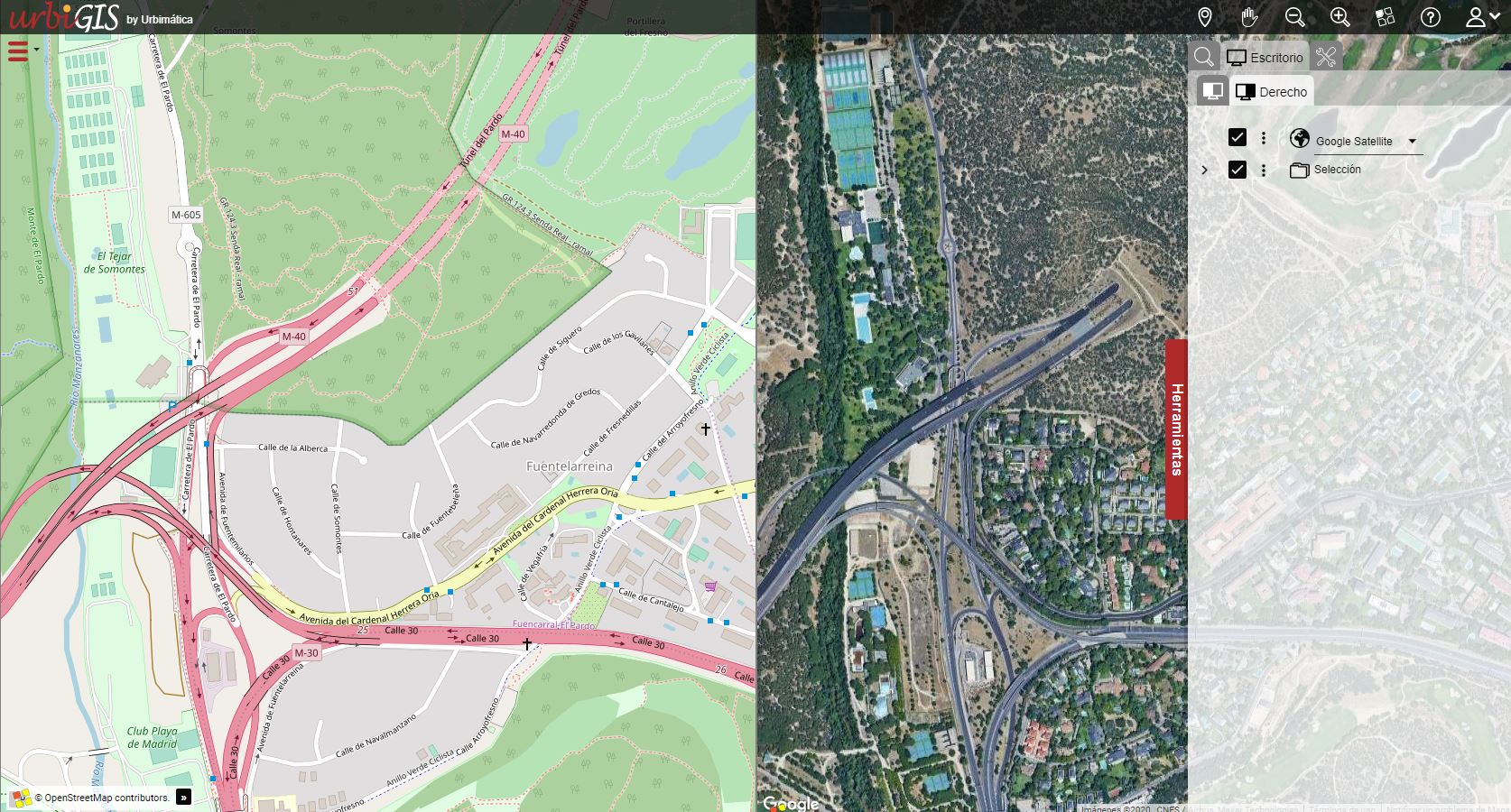 From the two Base Maps, we can see that they are indicated as “left” and “right”. 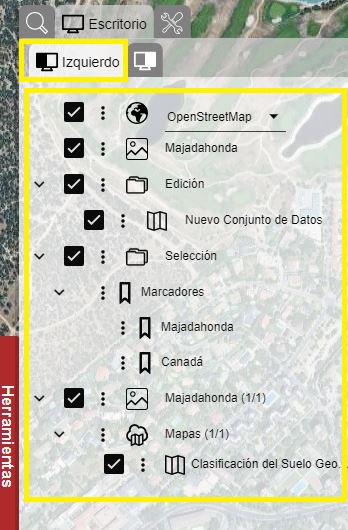 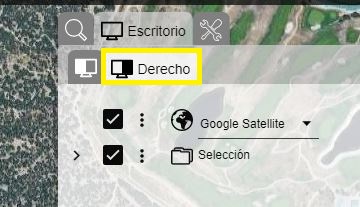 The two default desktops are synchronized, scrolling simultaneously. But if you want this not to be the case, and each one to be independent, in the options menu

of the right Desktop, we will find an option to Desynchronize the Desks. The same option will occur otherwise, being called Synchronize Desks. 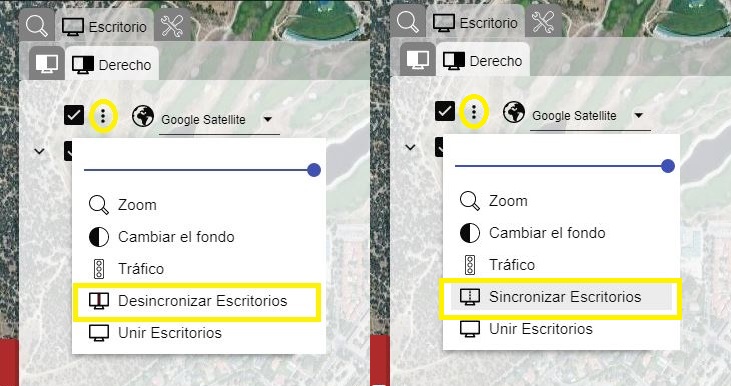 If you want to revert and return to a single Desktop, both from the options menu

of the left and right Base Maps we can see the option to Join Desktops. 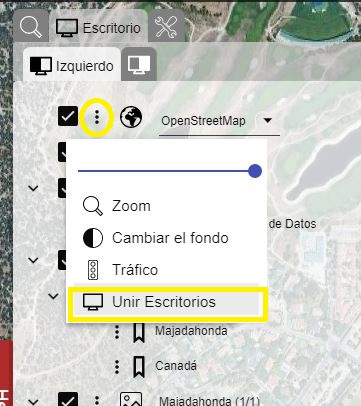 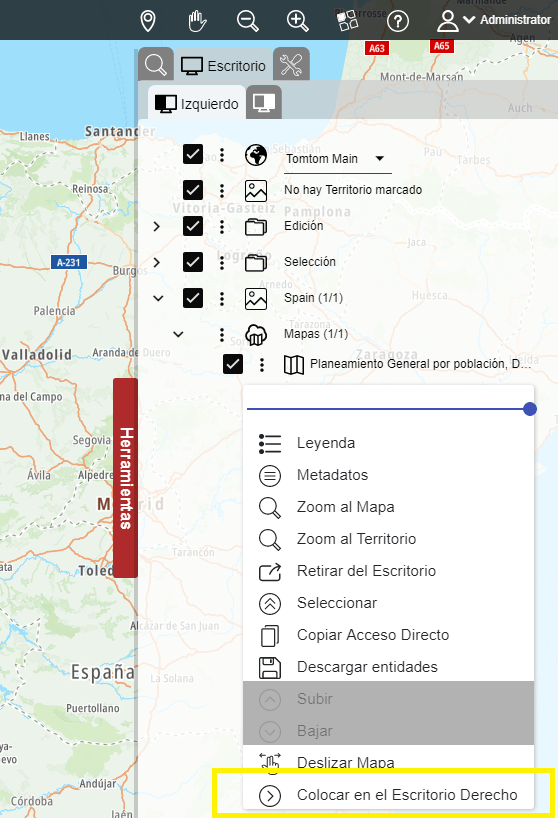 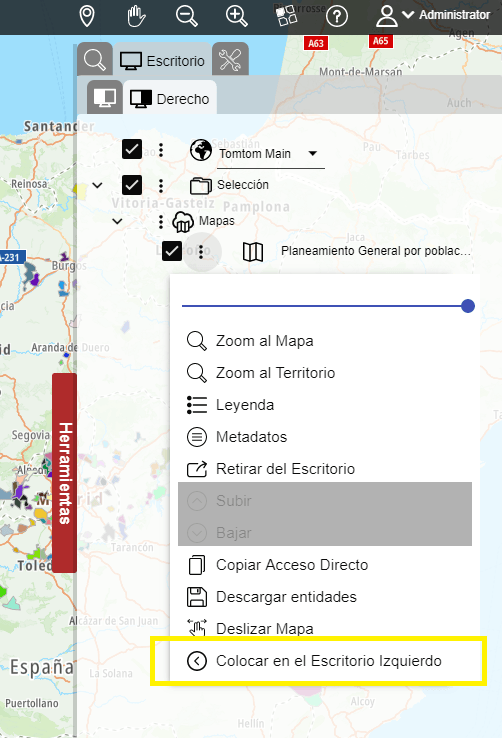